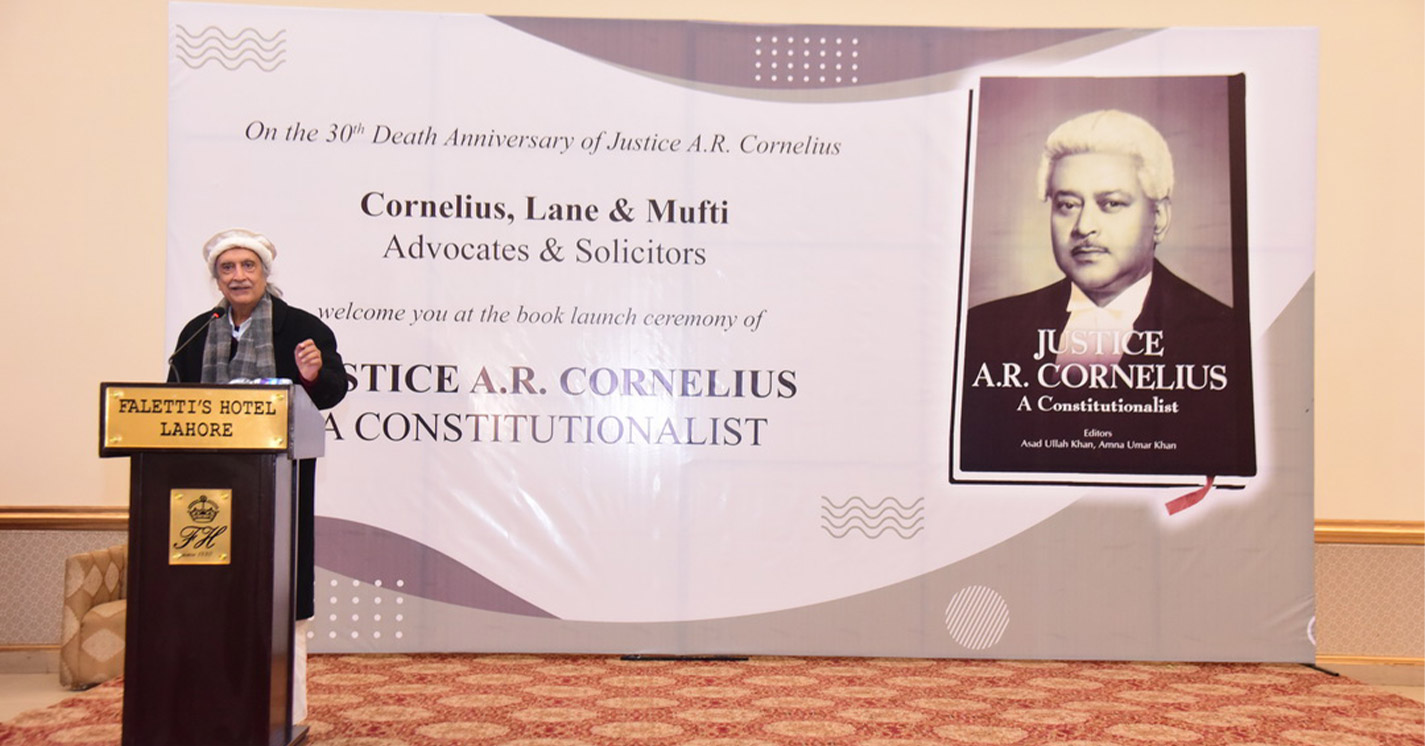 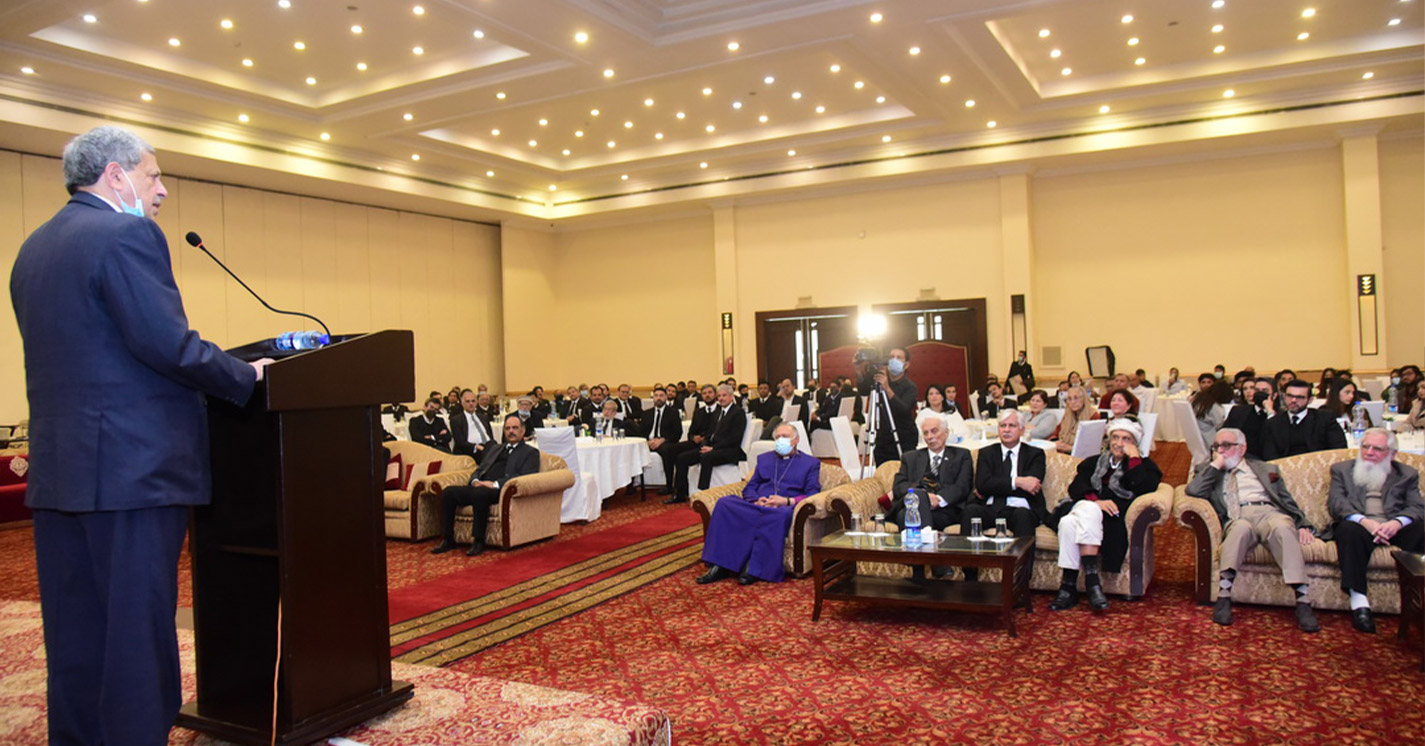 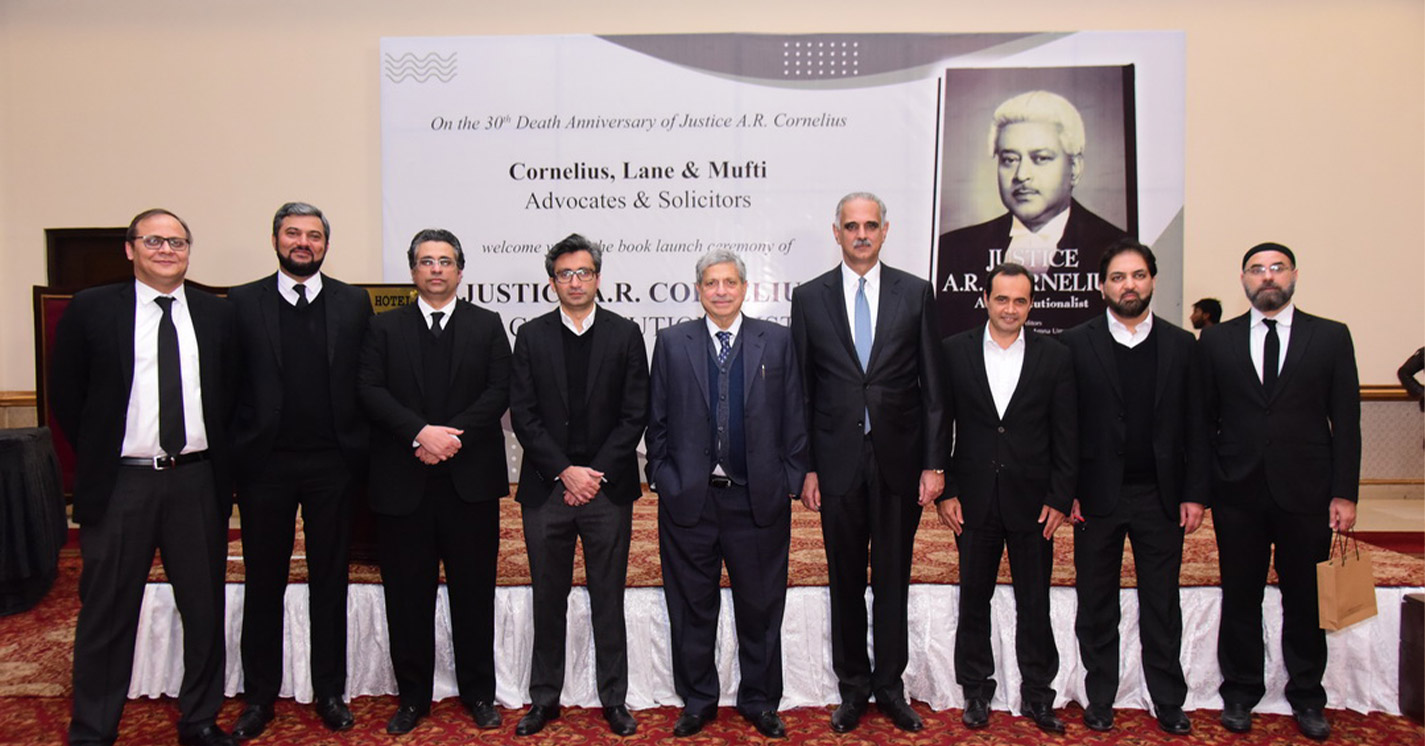 Celebrating the life and legacy of Justice (R) A. R. Cornelius

On the 30th death anniversary of Justice Alvin Robert Cornelius (1903 – 1991), a former Chief Justice of Pakistan and our former Senior Partner, Cornelius, Lane & Mufti (CLM) celebrated his life and legacy through the publication of a book titled "Justice A.R. Cornelius: A Constitutionalist" (Edited by Asad Ullah Khan and Amna Umar Khan; published by Jahangir’s World Times Publications, Lahore). It is a collection comprising personal reflections by people who knew and learned from Cornelius in his lifetime, essays and articles by academics and scholars and Cornelius’ own writings and speeches (some of which are being published for the first time).

The book launching ceremony was held on December 22, 2021 at the Faletti’s Hotel, Lahore, which remained Mrs. & Justice Cornelius’ residence of choice for a substantial part of their lives until his death in 1991.

The ceremony included addresses by former Chief Justice of Pakistan, Justice (Retd.) Jawwad S. Khawaja (who worked with Cornelius as a Partner at CLM; and was also appointed by Cornelius as the executor of his will); Mr. Hamid Khan, Sr. ASC (who worked with Cornelius as a Partner at CLM); Dr. Yaqoob Khan Bangash (a historian of note who has researched and written about Cornelius) and a pillar of the Christian community in Pakistan, Dr. Alexander John Malick (SI) (who interacted with Cornelius as a young pastor in the 1960s). It also included a photo display of rare pictures of Cornelius, his family and close colleagues. Many rare pictures have been contributed by the Cornelius and D’ Rozario families from India and the United Kingdom. Senior Partner of CLM Mr. Afzal H. Mufti, Syed Afzal Haider Sr. ASC and S.M. Zafar Sr. ASC as well as Mr. Aryan D’Rozario (grandnephew of Cornelius, currently studying at Oxford) sent in their video messages which were played for the audience. They related many stories and anecdotes about their interactions with, and impressions of, Cornelius. A brief message from Professor Martin Lau (SOAS), who was unable to travel to Pakistan for the occasion, was also read out. Concluding remarks were given by Justice (Retd.) Jawwad S. Khawaja. 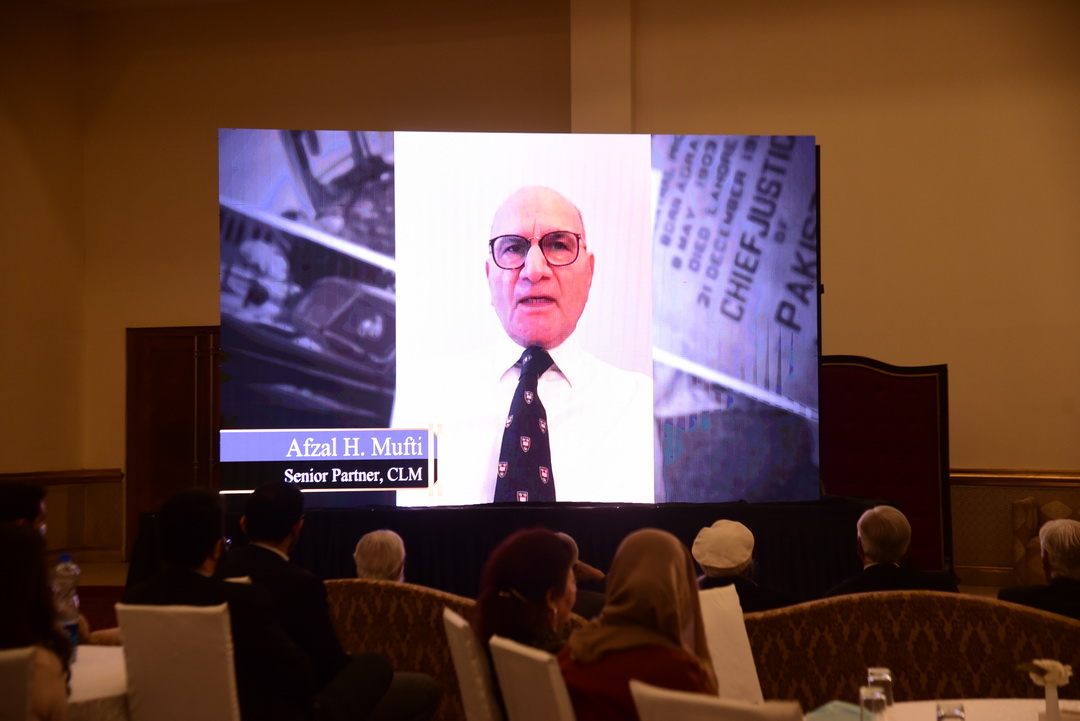 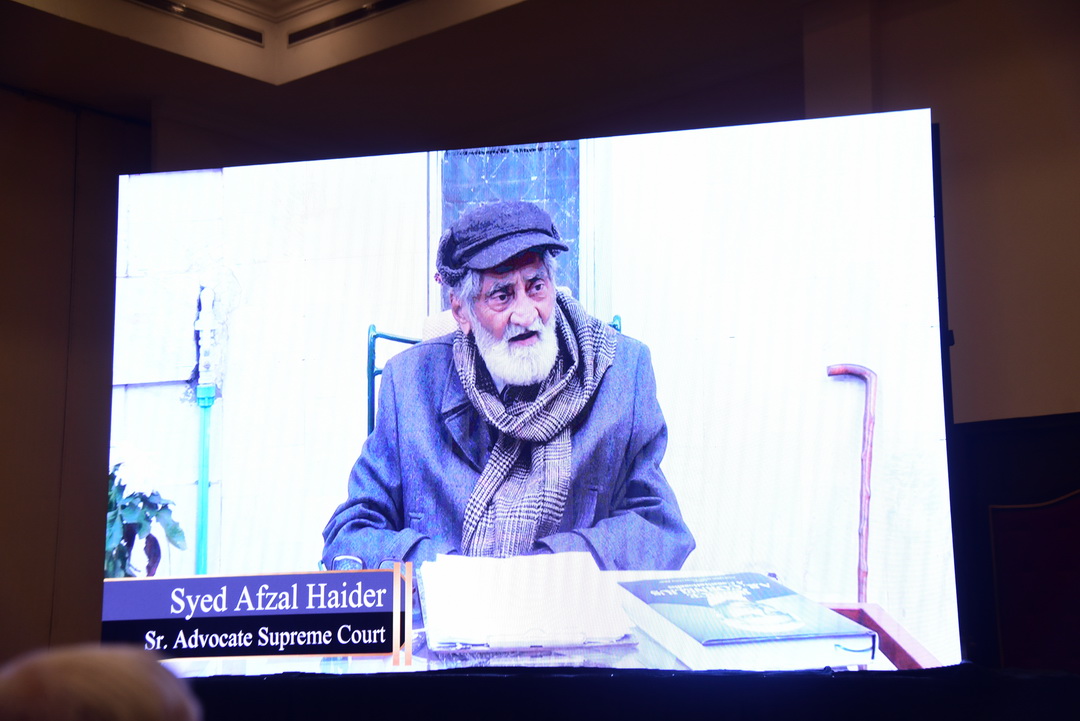 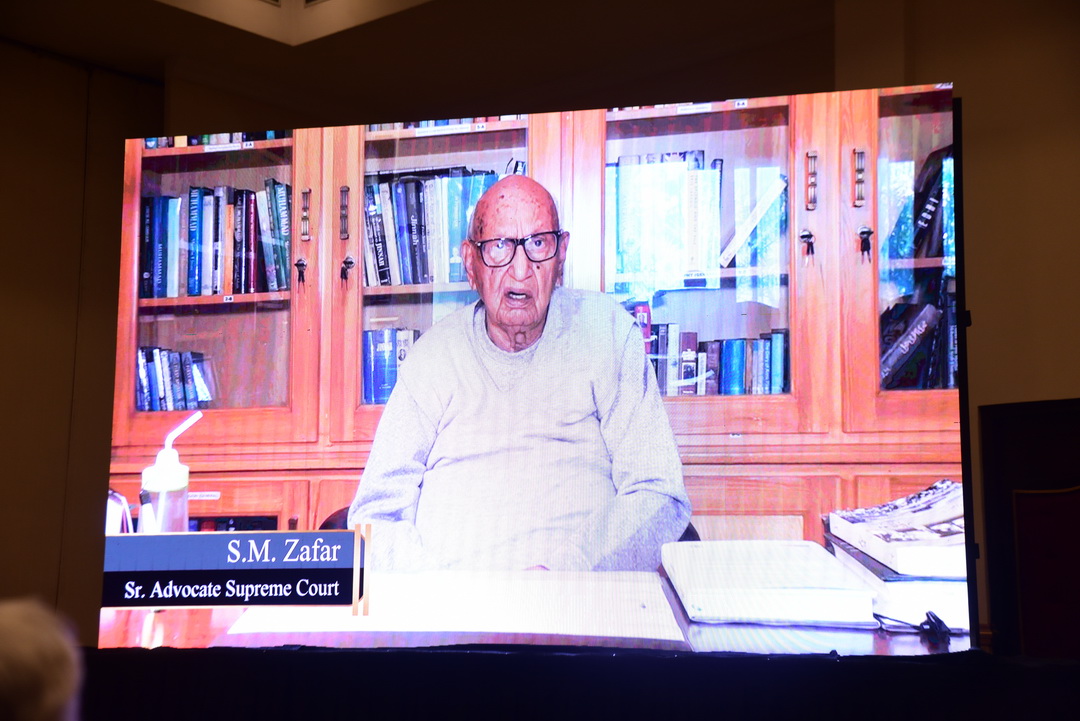 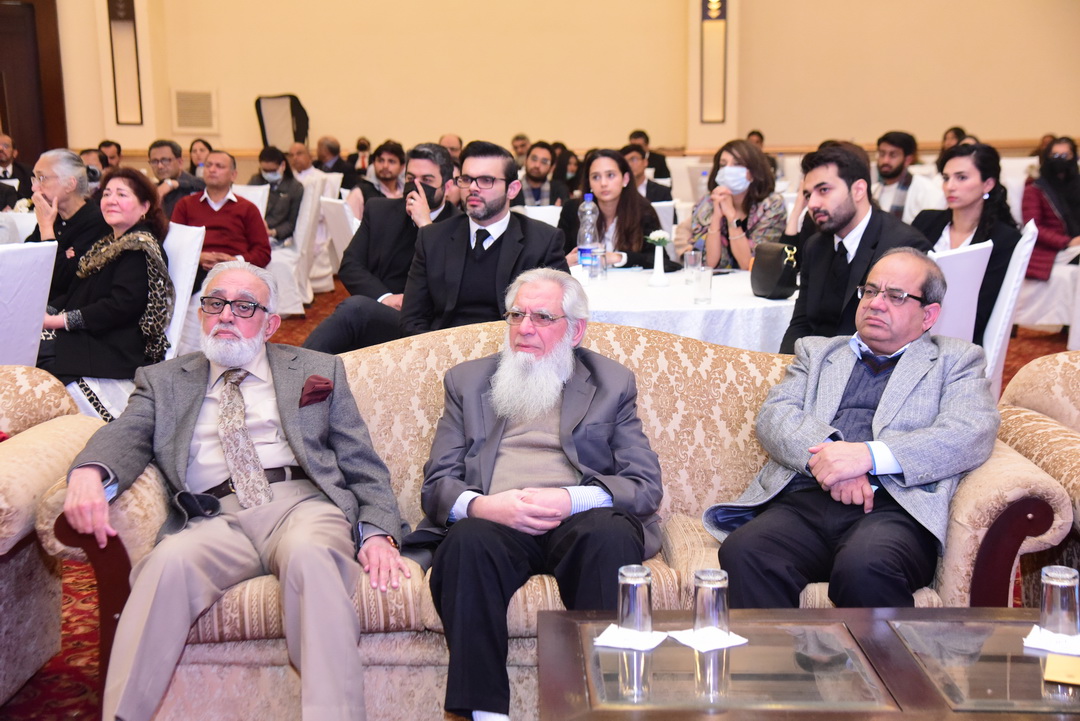 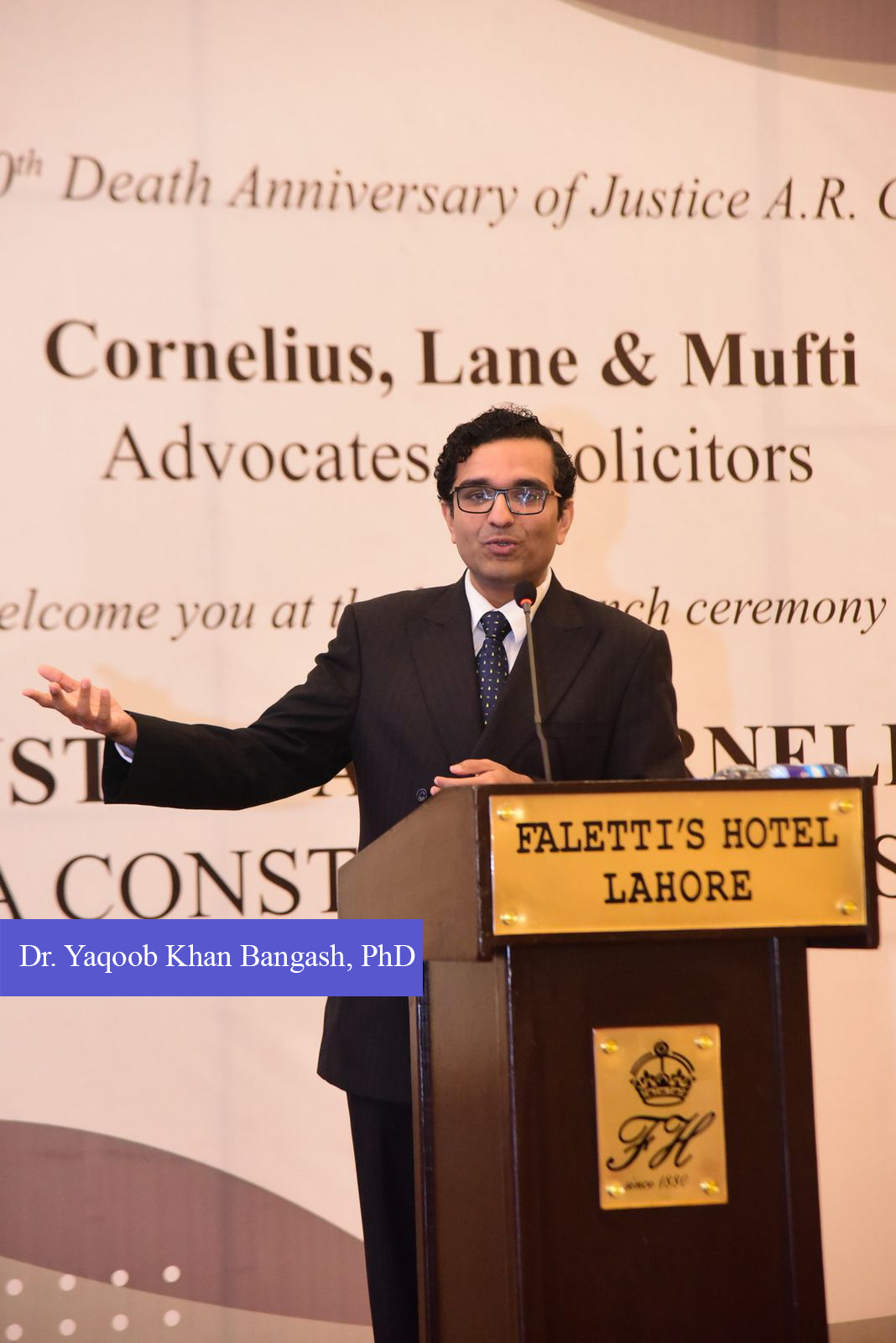 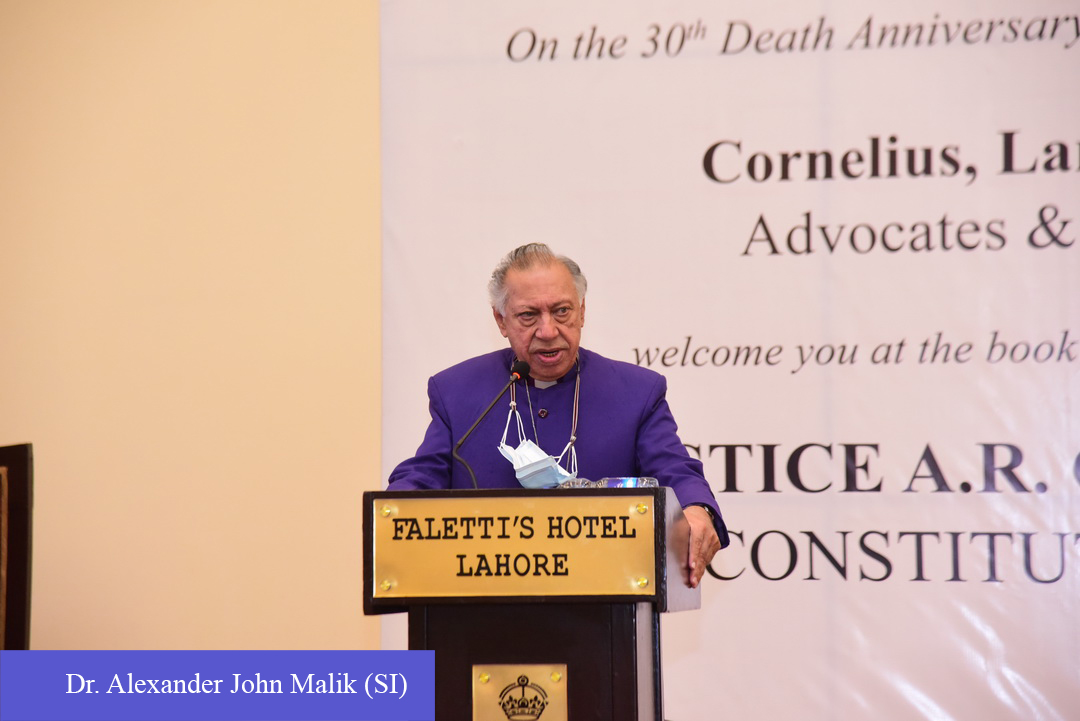